The Building Better Humans project was founded by Glenn Azar after he left the Australian Army where he spent 17 years working predominantly as an Aeromedical Evacuation Medic.

Having experienced the amazing resilience of humans when on Operational and Non-Operational Deployments around the world Glenn started to immerse himself in Personal Development and the study of Human Behaviour.

In 2010, immediately after discharging from the military he commenced his own adventure company, Adventure Professionals, where he leads people on adventure trekking programs all around the world to destinations in PNG, Africa, Russia, Nepal, Canada, South America and Australia.

In 2016 he commenced a podcast titled The Building Better Humans Project which now surpasses 500,000 downloads per year and growing.

Glenn operates as a personal mentor and coach to professional athletes, corporate CFO’s and CEO’s, and everyday people wanting to make changes and improvements in their lives. His philosophy is simple, if you’re willing to do the work he can assist you in getting the most out of yourself. If you’re mot willing to do the work then no-one can help you. You’re the magic ingredient in change and success. . . .

In 2016 his daughter Alyssa Azar became the youngest Australian to summit Mt Everest at the age of 19yo. She made the summit again in 2018 at 21yo making her the youngest woman in the world to summit from both the north and south routes. Understanding what drives high performance and how you apply these tools in any area were very clear to Glenn during the years it took for Alyssa to prepare for these amazing achievements. Glenn is a qualified Registered Nurse, Life Coach and is currently undertaking a Psychology Degree. He is committed to a lifetime of learning and growing so he can be the change other require of him. All members of our team are selected and mentored by Glenn to ensure they maintain their own standards and the standards required of the Building Better Humans Project so that we’re living and breathing examples of what we teach others to do. 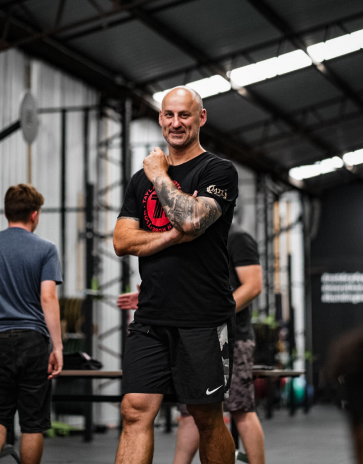 Glenn is well known for delivering inspirational key notes packed with amazing stories from his journey’s and experiences around the world that tie into inspiring life lessons. He delivers with a raw, honest authenticity that leaves he audience feeling they really can achieve anything in life.

As a mentor / coach Glenn has assisted many people to navigate their way to success in many different areas of life. He has a vast experience working with everyone from corporate leaders and professional athletes to school students, business owners and people just looking to make some changes in life.

As the founder of one of Australia’s premier adventure trekking companies, Adventure Professionals, Glenn has personally guides private, corporate and school groups as well as individuals on numerous adventures around the world including to PNG, Africa, Russia, Nepal and Canada as well as here in Australia.

Glenn has a passion for delivering personal development to a younger demographic in what he calls ‘Up Stream Programs’. He delivers inspirational talks and programs in schools as well as running school camps, sports team camps and designed our Bro Camp and Aella Camps for 11-17yo Boys and Girls respectively.

Glenn is the host of the Building Better Humans Project podcast which has grown a large audience and records more than 500,000 downloads every year. Through this podcast he is able to provide personal and professional development tips to help everyday people through challenges and growth every day.

Believing that health and fitness is a key pillar in the building of a Solid Human Foundation Glenn founded Project 180, a gym in Brisbane which focuses on Building Better Humans through fitness, mindset and adventure.

After moving out of home around the age of 15yo Glenn eventually enlisted in the Australian Army where he served for 17 years. He attributes the many experiences in this time to why he believes in the unlimited potential of all humans and the very reason he founded the Building Better Humans Project in the first place. Through resilience comes growth.

This month our organisation engaged Glenn Azar to help reshape our culture and provide some personal development to our leaders and staff giving them the foundational learnings to help us on our culture transformation.  Glenn brings with him a lifetime of experience and knowledge and has a unique way of embedding his messages through real stories that are relatable and inspiring.  His passion to build better humans through personal and professional development is evident in every engagement.  His ability to read a room, engage his audience and entrench his message is outstanding. Our leaders and staff all took something away from their experience with Glenn which will help pave the way for our future success.  We are excited to continue to work with Glenn into the future and we are excited to provide our staff with the Building Better Human’s experience.  Glenn Azar is certainly building better humans!

It is in the journey where the challenge lies and this is where we grow the most. The first step takes courage, persistence gets you through the rest. Your boots get grit, but so do you! I have learned more on a mountain than I have anywhere else. Glenn’s wisdom and life lessons are priceless. Alyssa’s inspiring actions are motivating on every adventure. Exploring the world with these two awesome humans is something for which I am forever grateful.

I met Glenn at a crucial time in my life. I had lost all passion for my career (Rugby League), I was single a party boy. I had lost an NRL career due to drug usage. I was suicidal and just couldn't see a way out of the funk I had found myself in. 12 months later I am reading regularly, I have found my passion for life, I am running camps and doing talks with Glenn to help build future generations and I have found the woman of my dreams who I intend to spend the rest of my life with. One chance meeting, a shift in mindset and your whole world can change. I have experienced it first hand.

DCB has been involved with Glenn Azar nearing 18 months and has been a back bone of support for Dan, myself and our team especially the last 8 months during COVID 19! We finished off the year with a 12 week program (Personal & Professional Coaching) focusing on the individual. Personally this was an epic program as we sometimes lose sight and focus of the why! Our business is all about people and what a better way to grow each other to be a better Leader intern team member.

"Glenn, where do I start? Far out the energy and inspiration you brought to the room on the weekend was like nothing I have experienced before. I am super grateful for the experience and the knowledge you have imparted on us. Thanks also for yesterday mate, I was kind of pinching myself at lunch. To be talking to the bloke I had been listening to since July was one of the highlights of this year for me so thanks again."

latest from the blog 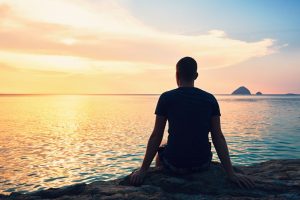 Finding Your Passion in 2020

At the end if the day all the truly matters is what matters to you. What makes your heart skip a beat or beat a little faster. Who makes you smile? Whether it’s when you see them, think…
Read 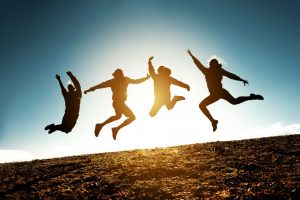 Youth Development Programs When COVID hit Australia and international borders were shut down it immediately closed our main business – ADVENTURE PROFESSIONALS – for the foreseeable future. 12 months on and we’re still waiting for the day we…
Read

Welcome to my Mindset Mentoring Group program which kicks off on the 6th April. The goal of this program is simple: To give you increased confidence and self belief to chaser whatever coals and dreams you have tucked…
Read

Our Story
Our Team
Our Programs
Resources
Contact Us